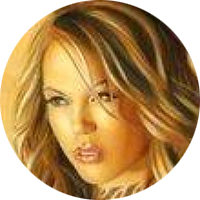 As a child, TJ Shaw thrived in the Arizona desert. By the age of five she was riding horses through cotton fields and by eleven bought her first motorcycle, a 125cc Honda dirt bike. Growing up with teachers as parents meant traveling during the summer. Hiking down to Phantom Ranch in the Grand Canyon; fly fishing in icy rivers surrounded by breathtaking mountains; backpacking through national parks; surviving an earthquake in Mexico City; climbing the El Castillo, a pyramid in the ruins of Chichen Itza; sidestepping giant iguanas in the ancient Mayan port of Tulum; to exploring the Sagrada Familia, a Gaudi church in Barcelona, Spain were just some of her adventures. An avid daydreamer, she would lose herself in mystical worlds and far off places limited only by her imagination.

Always athletic (400m state track champion, snow and water skier, boxer, swimmer), TJ garnered a scholarship offer to play college basketball, but chose an academic scholarship to Arizona State University instead. To put herself through undergrad and law school, she lifeguarded and coached swimmers before promoting into management for a multi-million dollar recreation facility. She worked as a researcher/bailiff for a criminal judge while studying for the bar exam and ultimately accepted a position as a Deputy County Attorney prosecuting felony crimes until she decided to patrol the streets as a police officer. Currently, she tells officers what to do as the policy and procedure writer for a police department.

A writer at heart, she didn’t attempt to get published until Caller of Light. After placing (and winning) in several RWA chapter contests, she decided to find a home as an author for The Wild Rose Press. If there were additional hours in the day, TJ would tickle the ivories a little more, write about her dreams, and travel the world.